My daughter-in-law posted an adorable video of my 4 year-old grandson, Ethan, promising his mother that he'd always snuggle with her..when he's 14, and when he is 50.  I am ashamed to admit that my first thoughts were negative.  They had nothing to do with Ethan or my DIL...but were all about me and how I react to such intimate and vulnerable moments like that.  Truth is....I thought it was the sweetest and most innocent video I'd ever seen. I hope it holds true!  I'd wished my own mother would have said such things to me, even though I am an old turd.

I began to think about the most intimate and vulnerable moments I'd ever experienced.  I thought about the birth of both of my boys.  No question!

Most mom's can relate to the birthing experience.  I was no different.  Unfortunately, with my first son, Mike...the doctor was a dipwad.  I was practically passed out by the time he arrived.  He was bruised and unhappy..unable to nurse..and I was just 17.  I am positive that it made a difference in the way we related to one another over the years.  I have tons of guilt about it.  I would walk down to the nursery and stare at him..all bruised and with the BIG head.  I felt like a loser...but I looked at him and thought..wow, you are one tough little boy!  I just kept thinking..."he is a part of me..my own blood".

He had the cutest smile, and had curly hair down his neck.  I would just sit and rock him..did not want to put him down as I was afraid he wouldn't wake up.  We'd both fall asleep in the rocker...and in the morning, I'd put him in his crib and get on with my morning..stopping to feed him and rock him.  His dad worked out of town...his life story.  I would often take Mikey to bed with me..and listen to his breath...so afraid he would stop breathing. I would even take him with me into the bathtub..making sure the water was not too warm..he would lay on my chest and belly.   I don't know why?  I just felt that way.  I know I didn't get much sleep his first year!

I used to sing The Water Is Wide for Mikey...probably why he loves speed metal today!


Posted by Unknown at 9:30 PM 3 comments: Links to this post

When Life Give's You Lemons..from a favorite blog

The Fifty Factor is one of my favorite blogs.  I love how she writes..and this post really made my day!  Please enjoy.  The part about the old lady in the Micky D's parking lot just absolutely cracked me up!

http://www.thefiftyfactor.com/2012/09/lemons.html
Posted by Unknown at 11:30 AM No comments: Links to this post 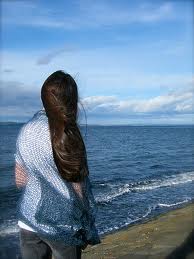 “During a Time that once was, is now gone forever, and will come back again soon, there is day after day of white sky, white snow...and all the tiny specks in the distance are people or dogs or bear.

“(There was a man who was so lonely he cried cracks into his face. One evening, hunting in his kayak, he came to a big rock in the sea.)

“...there atop the mighty rock danced a small group of women, naked as the first day they lay upon their mother's bellies. The women were like beings made of moon milk, and their skin shimmered with little silver dots like those on the salmon in springtime, and the women's feet and hands were long and graceful.

“(They were seal-women, who had taken off their pelts and were now dancing on the rock. The hunter leapt to the rock and stole one of the sealskins.)

“Soon, one of the women called in a voice that was the most beautiful ... [and the seal-women began] putting on their sealskins... Except for one. The tallest of them searched high and searched low for her sealskin.... The man felt emboldened...stepped to the rock, appealing to her, "Woman.....be .....my ......wife. I am ....a lonely man."

“(The hunter said, “Be with me for seven years and then you can decide to stay or go.” The seal woman could not find her sealskin and reluctantly agreed. )

“So in time they had a child, whom they named Ooruk. And the child was lithe and fat....

“(But as time went on, the seal woman began to lose color and become weak. When the seven years was up, she wanted her sealskin back and he would not tell her where it was. Their child heard their argument, and that night an old silver seal appeared out in the sea, calling the child's name. As the child was climbing down to the sea, he stumbled across his mother's sealskin.)

“The boy scratched open the bundle and shook it out--it was his mother's sealskin. Oh, and he could smell her all through it... And as he hugged the sealskin to his face and inhaled her scent, her soul slammed through him like a sudden summer wind.

“(The child returned the sealskin to his mother, who put it on. The child feared his mother will leave him. But, she filled her child's lungs with her own breath, and took him beneath the sea with her...)

“And they swam deep and strong till they entered the underwater cove of seals where all manner of creatures were dining and singing, dancing and speaking, and the great silver seal that had called to Ooruk from the night sea embraced the child and called him grandson.

“On that night, the old grandfather seal and the boy's beautiful mother swam with the child between them. Back they went, back up and up and up to the topside world. There they gently placed Ooruk on the stony shore in the moonlight.

“(His mother assured him she would always be near him and would send her spirit through him for him to learn the songs of life and of healing. The boy grew to be a great singer, drummer, maker of stories...)

“... it was said this all came to be because as a child he had survived being carried out to sea ... Now... sometimes he can still be seen, with his kayak tethered, kneeling upon a certain rock in the sea, seeming to speak to a certain female seal who often comes near the shore. Though many have tried to hunt her, time after time they have failed. She is known as Tanqigcaq, the bright one, the holy one, and it is said that though she be a seal, her eyes are capable of portraying those human looks... those wise and wild and loving looks.”

(One of the best gift's I ever received from a man, was a picture he'd drawn of a sealskin..and he had framed it for me)  mek 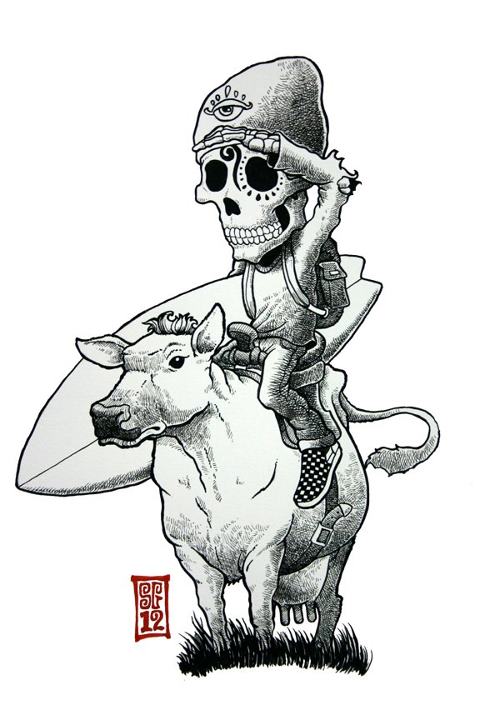 Posted by Unknown at 2:40 PM No comments: Links to this post

Getting Back on the Horse...er, Cow 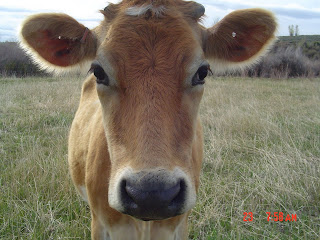 
Posted by Unknown at 5:26 PM 3 comments: Links to this post 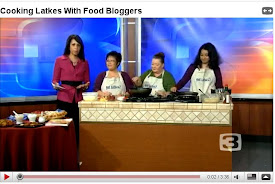